Thank you for joining us 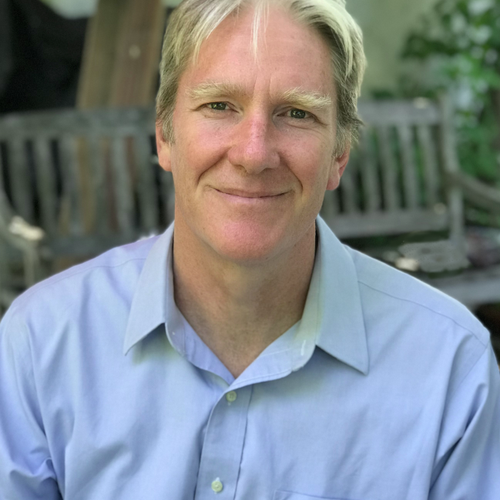 Talks covered by this speaker

A Panel Discussion with all the speakers

Have you got yours yet?

Our All-Access Passes are a must if you want to get the most out of this event.

Elmer Postle, Director of Whole Being Films, is a Biodynamic Craniosacral therapist and film maker. He has a background in both Film and television work as a lighting cameraman, director and editor as well as a variety of healing modalities as therapist.

It's this combination of apparently diverse elements that has formed the basis of Elmer's professional career and passion. Throughout his professional life he has made an ongoing enquiry into essential idea's and practices of therapies that address lessons from early life. These led his to study with a variety of remarkable teachers, including: Sobonfu Some, Binnie A Dansby, Raymond Castellino, Robert Bly, Michael Meade, James hillman and others. Running through these explorations has been a consistent thread of wanting to know more about pre and perinatal psychology. Arising out of studies in the UK and USA he co-produced the successful films; 'What Babies Want' (USA 2006) and 'The Healing of Birth' (UK 2005) which dealt with the proposition that babies are conscious and having an experience in the womb, at birth and in babyhood. He practices as a Biodynamic Craniosacral therapist and works adults and children to support them in their expression of health.

Concurrent with this has been a series of corporate and broadcaster engagements with the BBC, CNBC and business entities. He has directed various large commercial televisual projects and produces online therapy related programming. As part of his television work he has been part of many fascinating conferences on diverse themes. This conference work has led him to be involved in convening conferences.

Elmer was co-convenor of an international conference at the Findhorn Foundation in Scotland, September 3-9, 2016 called Healthy Birth Healthy Earth. With Binnie A Dansby he co-leads ‘Our First 1000 Days: An Applied, One-Year Diploma in Pre and Perinatal Psychology’ at the NAOS Institute, London. The advent of the 2020/21 pandemic has seen a further integration of Elmer's skills and interests in the facilitation of large online events in the therapeutic education field.

He is married, a father and lives in Brentford, West London.

Your logo could go here!

If you'd like to get your brand in front of attendees following the categories this speaker is talking about (on this page, via email and during each talk) contact us.
We use cookies This website (and some of its third-party tools) use cookies. These are important as they allow us to deliver an exceptional experience whilst browsing the site.